Power Searching with Google – 1/2 Way Through

I am now half way through the Power Searching with Google course and the course is getting into more advanced searching techniques. I was aware of all of the options introduced in this class but I was reminded of some search options I don’t use very option like intext.

As I went through this class, I wondered why Daniel Russell started with adding filetype: to the search term and not with using Advanced Search? I typically start my students with Advanced Search and then go into how you can do this yourself. Now, I’m thinking I might flip this approach.

I found the questions pretty straight forward on this assessment and love that I got 100% the first time I took this! Yeah! I really like that you could retake this if you wanted and your scores would be averaged together. To me this is a much better way to assess students then a one-shot try at a test.

I think the mid-class hangout with Dan Russell and Tasha Bergson-Michelson was a great way to get some questions answered that people might have and to get a live aspect into a class this large. I have no idea how many people are actually taking the course but I’m sure it’s way more than you could easily manage “live” not to mention all the timezone differences. I was actually not home for the live hangout but watched it afterwards and you can too!

What have you thought so far about the course? Have you learned anything new?

I just finished Class 2 of Power Searching with Google which focused on Interpreting Results. This day really brought out the differences in Google in the U.S. versus the rest of the world. The forum was full of posts about not being able to see the panel on the right. Apparently that doesn’t show up on all versions of Google even on a desktop.

I feel that Lesson 2 is key to teaching my students about search and was somewhat disappointed that this didn’t dig deeper. I know that this is something I try to address in depth when they are learning about effective search techniques and this felt very brief to me.

I also want to really emphasize the information covered in Lesson 4 with my students. So often they’ll just click on the top result without paying any attention to the information on the results page. I like how Daniel Russell presented this and hope the videos will be available after the course so I can use a few of them with my students. I feel it would be beneficial for my students to see a Google  expert present some of this information even if some of the search terms aren’t necessarily things my students would be looking for. The way this video ends would be a great jumping off point for talking about credibility of sites also.

Some things I wonder after this class:

I also learned about yarn bombing. Have you ever heard of this? Here are a couple of my favorite examples: Are you taking the course? What are your thoughts so far?

I struggle each year with how to help my students to understand and use web searching to most effectively find what they need. I have used many of the resources at Google Search Education but haven’t been completely happy with what I’m doing. I saw that Google was offering an online course called Power Searching with Google and I immediately signed up to see how the experts would approach this.

Today, July 10, 2012, the first class became available online. I really like the approach of a short video followed by an activity to practice what was taught and then another video and another activity, etc. I’ll definitely be adapting this next year in the Computer Lab. I am also enjoying the interactions in the forum and think I’ll have some kind of back channel available when I’m doing this in the lab so students can talk to and help one another if they get stuck.

Some things I wondered about:

I am enjoying the experience so far and am looking forward to what Class 2 will bring. Are you taking this online class? What did you think of Class 1? If you’re not taking the class and you’re interested in doing so, you can still register for it at http://www.powersearchingwithgoogle.com/ until (I believe) July 16th.

There’s a million little thoughts swirling ’round me [1. From You’ve Got No Time by The Cowsills]

I’ve been holding off blogging about my first ISTE experience because I haven’t been able to figure out exactly what I want to say but the further I get away from it, the more I know I’ll regret not just saying something so here goes nothing!

From the moment I decided to go to ISTE 2012, I knew I would head down a day early and take part in Social EdCon. I had followed this on Twitter in years past and wanted to join in on the fun. Having been involved in organizing some edCamps, I was interested in how the day would be organized. I loved the use of big poster boards for proposing sessions and the voting for each session so that popular sessions might be spread out during the day and not all scheduled at the same time. At California edCamps we haven’t really done any voting on sessions. There has always been room for all sessions that people wanted to do but now that I’ve seen this in action, I think voting on sessions would be a great idea just to spread out the most popular ideas throughout the day. I loved the use of crayons for this too – fun touch.

Highlights of the Day: 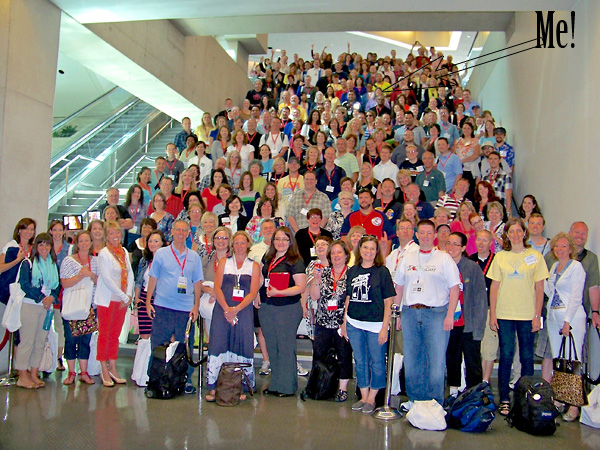 Will I do it again next year if I make to the conference? You bet! This really is an awesome way to start off a conference.

Another school year is over and this year instead of sitting at home trying to follow all of the action from ISTE virtually, I get to attend in person! I have been busy:

I am very excited about meeting some people in person that I only know online and reconnecting with some of my California PLN that I don’t see frequently enough. If I know you from Twitter or Plurk or Elementary Tech Teachers or anywhere else, come see me in the Social Butterfly Lounge Monday from 2-2:30pm or Tuesday from 1:30-2pm!